On behalf the website and the fans, I would like to wish her a very happy birthday today. I hope she’s having a fantastic day spent with her loved ones. 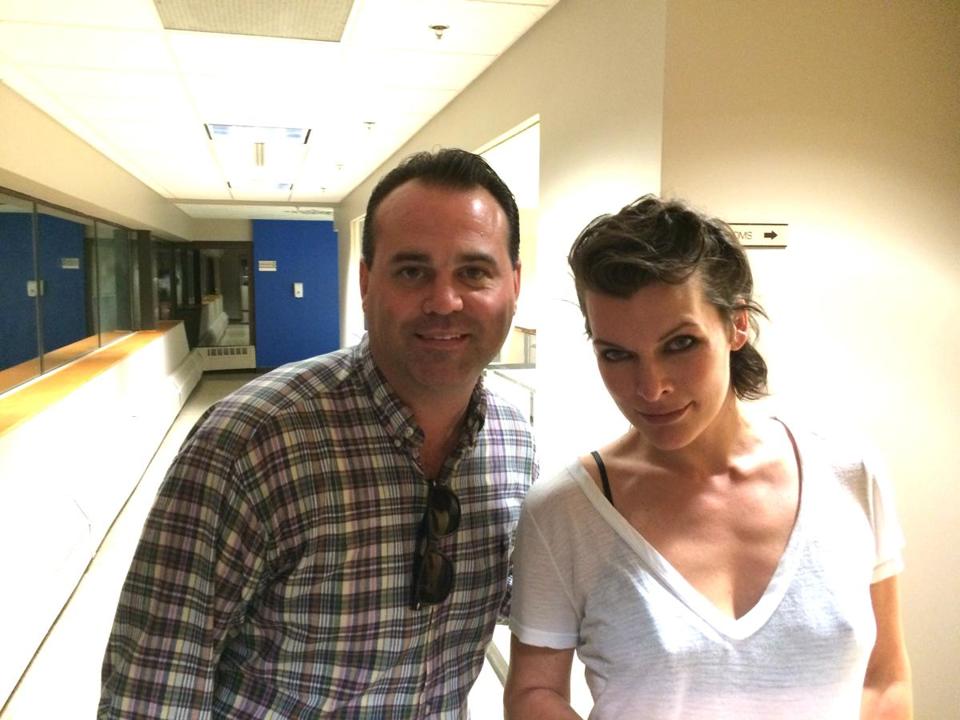 Milla was in Boston this week to shoot a music video at Charles River Studios/High Output in Canton.

In Twitter Milla wrote about the date of the live chat. She will answer for all the questions that you ask. Chat held on January 2nd at 10am (Los Angeles time). Do not miss =)

Today Milla is celebrating her 40st birthday, and on behalf the website and the fans, I would like to wish her a very happy birthday today. I hope she has a fantastic day spent with her loved ones.

How you can see the site have the new address m-jovovich.org it is very unusual for me, because the old address was with me since 2009 year, I think you will like it. Welcome! 🙂

P.S Old address of Gallery does not redirect to the new therefore you need enter the m-jovovich.org/Gallery

Milla Jovovich and her husband Paul Anderson have welcomed their second child, tonight.

The couple’s daughter Dashiel Edon arrived on Wednesday, April 1. She weighed in at 7 lbs., and 10 oz.

“Milla delivered her daughter Dashiel at 5:45 this morning,” they told E! News. “Everyone is thrilled and beyond happy!

Congratulate Milla and Paul with a baby girl!

In the weekends Milla can give birth a baby girl. She writes in twitter: “My amazing husband snapped this pic of me taking my last hike yesterday before the baby is born! We’ve decided that I should stay close to home now that we’re about 48 hours from the “drop zone”! Lol!”
We all wait this moment. And very soon we can learn which name Milla and Paul give to a baby.

Milla wrote on Facebook the next day when they hike around Beverly Hills:

So I am now officially half way through my 33rd week of pregnancy, which means I’m only 7 weeks away from delivering our new baby! I have to say though, I’ve been getting pretty exhausted again what with being a full time mom with our 7 year old, re organizing my home and hiking everyday to start getting my body ready for my post baby responsibilities (I start shooting two films this summer, one of them being “Resident Evil: The Final Chapter”), but over all I’m having a great time and super excited about all the changes me and my family will be experiencing soon!

Last August, actress Milla Jovovich announced that she and her husband Paul W.S. Anderson were expecting their second child together, thus delaying the shooting of Resident Evil: The Final Chapter. Now she has taken to Facebook (tip of the hat to Bobby Napoli) with word that she is already preparing to return as Alice for the revived shoot in August.

Says Jovovich, “I’m really proud of myself for not gaining the same amount of weight that I did with our first child (75 lbs.) because I have to be ready to start filming ‘Resident Evil- The Final Chapter’ in August of this year and I will also be nursing an infant simultaneously.”

Shooting was initially being prepped for Cape Town, South Africa, which will be one of several locales used for the sixth and (supposed) last part in the long-running Resident Evil franchise. The last film to see release was Resident Evil: Retribution in 2012.